Everyday, over 2.2 billion people login on one of Facebook’s services daily. However, most users do not recognize the parent company Facebook Inc as a different brand from its social media platform, facebook.com.

Facebook has released a new corporate brand structure. This new structure is designed to give a clearer representation of the products that come from Facebook while distinguishing the parent company from its sub-brands.

Facebook which started in 2004 as a single social media app has over 15 years grown to include many other apps and technologies. It has helped people connect with their friends and family, find communities and grow their businesses.

According to the statement released by Facebook in a blog post by Antonio Lucio, Facebook’s Chief Marketing Officer,

“This is the next step in our effort to be clearer about the products and services from Facebook. The new company brand is designed to help us better represent the diversity of products we build, establish distinction from the Facebook app and communicate our purpose to the world.”

The new logo employs custom typography and capital letters to create visual distinction between the company and the app. The brand change is seen as a way to communicate Facebook’s ownership of its platforms to the people those who connect, share, build communities and grow their audiences.

The company has indicated that it will start using its new brand within its products however; users shouldn’t expect any major changes.

In an analysis of its new brand structure’s, its design behaviors built around Clarity, Empathy and Creating Space. Its word mark is expected to establish a clearer distinction from the Facebook app. It will also allow for a clearer association of the Facebook brand to its full family of technologies. 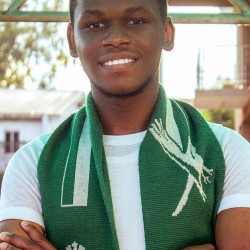 Follow me
Utibe-Abasi Emmanuel
I am a content developer, web developer and brand strategist. I write about exclusive and innovative tech brands and give definitive reviews about them.

Follow me
Latest posts by Utibe-Abasi Emmanuel (see all)

Apple’s Catalyst apps were designed to help bridge software between its macOS and iOS platforms, …